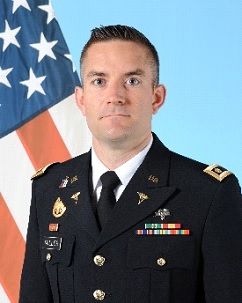 Dr. Bret Miller was born in Cedar Rapids, Iowa. His interest in animals grew during his childhood in Clinton, Iowa through caring for multiple family dogs and various farm animals. He fondly remembers showing Brown Swiss dairy heifers at county fairs. He spent his teenage years in Appleton, WI playing baseball and football and graduated from Appleton North High School. After high school, he served a two-year mission in Germany and Austria for the Church of Jesus Christ of Latter-day Saints and still speaks German.

He attained a Bachelor of Science degree in Animal Science from Brigham Young University – Idaho in 2008 and graduated from the University of Wisconsin – Madison in 2012 with a Doctor of Veterinary Medicine degree. He was commissioned into the US Army during veterinary school via the Health Professional Scholarship Program. After graduating the AMEDD Basic Officer Leadership Course at Fort Sam Houston in October 2012, he was assigned as the Officer-in-Charge of the Holloman Air Force Base Veterinary Treatment Facility of Public Health Command District Carson. During this assignment, Dr. Miller enjoyed interacting with his German Air Force clients and hunting and fishing in the Sacramento Mountains. After graduating from Captains Career Course in May 2015, he was assigned as Chief of the Stuttgart Branch Veterinary Treatment Facility of Public Health Activity Rheinland-Pfalz located close to Stuttgart Germany. He and his family took advantage of this opportunity by touring local European countries and thoroughly enjoying the various cultures and foods. The thing that Dr. Miller will miss the most from his Active Duty service will be working with our nation’s greatest heroes, the Military Working Dogs. 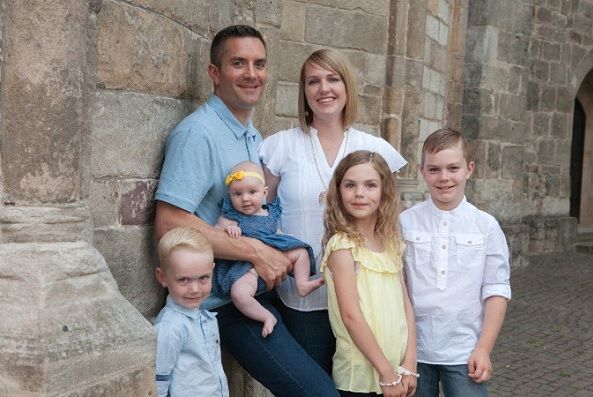 Dr. Miller and his family are looking forward to settling down and hope to serve the Page, AZ community for a long time! He has a special interest in surgery and hopes to expand his knowledge to better serve the needs of the community. He also hopes to return to large animal medicine, which originally made him interested in becoming a and expand services in that area.

Please welcome Dr. Bret Miller and his family to our community!!